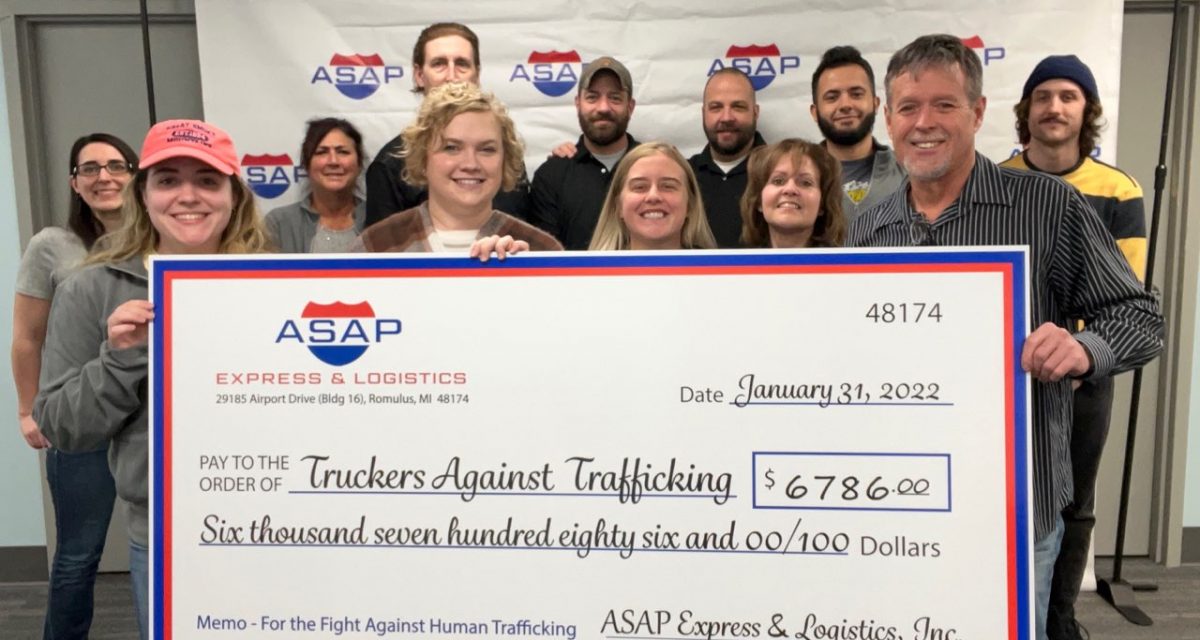 Around the world, it is estimated that there are over 40 million slaves today. Human trafficking has been reported in all 50 states, and the number of victims in the United States is estimated in the hundreds of thousands.

ASAP, along with Truckers Against Trafficking (TAT), recognizes that members of the trucking, bus, and energy industries are invaluable in the fight against this heinous crime. As the eyes and ears of our nation’s highways, we are in a unique position to make a difference and close loopholes to traffickers who seek to exploit our transportation system for their personal gain. ASAP teams up with TAT to train these members on the basic issues involved in human trafficking and a summary of ways you can help.

ASAP Express and Logistics is committed and contributed to the fight by donating $6 for every shipment in the month of January to Truckers against Trafficking, which totaled $6786 to TAT.

We also donated $5 per load for the customer will the most shipments to HOPE Against Trafficking. XPO Logistics entrusted ASAP with the most loads for the month of January and decided to exceed matching that total and gave $5000.00.

A third organization the proceeds go to is Our Daughters, an organization that works with various partner organizations who GLOBALLY rescue, restore and support our daughters; enabling them to provide a positive impact on society. We donated $5 per load for the month of July and cheerfully gave $4180 during their 10 FREE days of sharing stories of beyond the rescue from human trafficking.